About Notes from the Ambient Underground

I am Southwest USA based photographer & freelance writer. I enjoy reading,writing, cooking, , yoga & life in general.
This evening as the snow falls near my window.
I’m listening to ‘Andrea Bocelli ~ Live in Central Park’ …I’ve been absent from my pages here for several months now. Ironically, I’ve had more than enough to write about; Too much, in fact. It’s overwhelming to have so much to say; Not enough speed or volume to write it down. The heart is quicker than the art at hand.It has been an empty holiday season, full of heavy hearted work. My parents are gone; Yet their home chronicles decades of symphonic memories, scripted love letters and volumes of photographs, mementos and personal artistic milestones. Every room reveals tender remembrances, sentimental postcards and decades of both simple and complex relationships. The walls that once held a home full of warmth and happiness, hardships and triumphs, sadness and loss has come to a final tragedy. The home is echoing it’s emptiness. It’s vitality has evaporated; The air within has given a final beautiful chord escaping through it’s rafters.

These final months have been more difficult than I could have ever imagined. Filtering through mother’s artwork, running my fingers over her drawings as intricate and detailed as I recalled them as a child. How magically she portrayed the world around her. How fascinated I was with her process. Boxing up her sketch books, brushes and all her tools; Here, I remember her drawing these portraits of her daughters … I was her daughter of the 1960’s … My younger sisters would stake their adolescence in the 1970’s. She sketched us with a magic only a mother could convey.

In my father’s first office, I uncover his music studio from Chicago. Within this room, I find his reel-to-reel’s with his voice imprinted within, mixed within his studies, his fellow friends & creatives from the Lyric Opera. His library of classical and operatic music overflow the bookcases. He never let them go after moving from Chicago to Tucson … he couldn’t. Within boxes, I find photographs of the cast of ‘The Flying Dutchman’ … a magazine article titled, ‘Our Man in the Opera’ … showing pictures of Dad transitioning into one of the cast of the ghost ship. In other photographs, he’s shown in “Kovanchina’ … and others, he is in full dress as a Russian Soldier. He used to joke … “I look like Rasputin!’ … He had what we would call, ‘The Donald Laugh’ … it was always full bodied, robust and vibrant with life. He would come home and joke with mom … “Someone approached me today convinced I was Danny Kaye! He asked me for my autograph!” … My mother laughed, “What did you do?” Dad shrugged his shoulders & with an impish grin said, “What could I do? I signed it!” Tonight I fill space with a life I’ve previously known from my childhood; I’m listening to Rigoletto, Turandot, Ave Maria and Con Te Partiro; The music, the singers, the classical operas. The music & voices that filled our home in my youth. These singers … Although they’re all amazing, none can compete with my father. To my heart, he was the greatest tenor I had ever known.

Tonight, I listen to the music, and as it mingles with silence between sets, I sit in silence as this uncommon occurrence called a blizzard moves through our city. We live in the desert ….; While it’s not uncommon for Tucson to see snow once every two years or so. When it happens, it’s usually December or January in the early morning hours. Unlike Chicago, we never see ‘Jack Frost’ creeping up our windows with his delicate, fragile lace like designs. The air here is dryer and not as crisp as the air near Lake Michigan.

Tonight, I’m missing the frost of Chicago and the crisp air of Lake Michigan; I am missing the sounds of the downtown loop and the deep city scents of old Bellwood, Illinois …

And still, I am not yet ready to say ‘Good bye’ … I doubt I’ll ever come to that.

Closure? Closure is a false pretense. It is a lie.

There is no such thing as ‘closure’.

Life continues on. You learn to live through it.

You learn to survive it.

Bless my past, Embrace my future …

Until we meet again…IBLY Always. 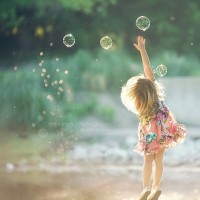 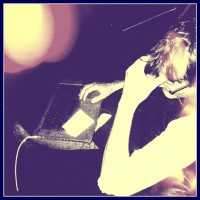 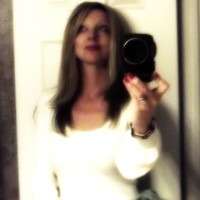 My Journey to Life

Go Make Your Own

Fighting a new battle against my lungs who have decided to use pulmonary hypertension as their weapon against me. I don't give in easily!

View my reviews before buying your wig today!

"trashing today for a better tomorrow"

Editor in Northern California. Interested in tiny things, nineties nostalgia, old jungle mixtapes, punctuation, and my cats. Not to be fed after midnight.

Belle of the Library

... the musings of a thirty-something, married, Southern teen librarian with a 14-year-old's sense of humor, an awkward spirit, and a stubborn, mouthy, redheaded country boy to accompany her through life.